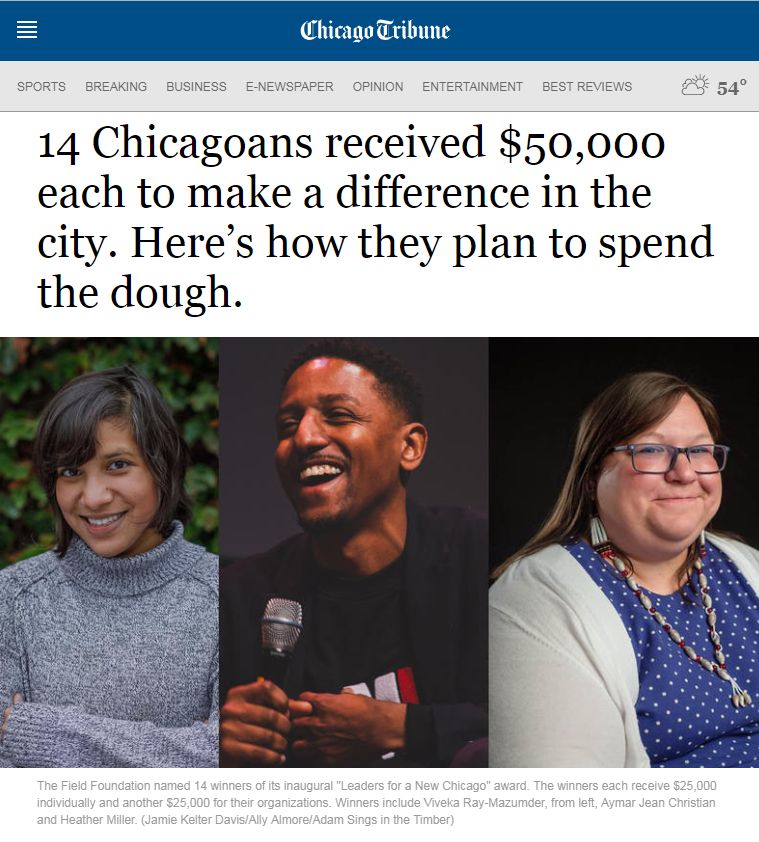 Advancing Justice | Chicago’s Viveka Ray-Mazumder was interviewed by Darcel Rockett of the Chicago Tribune about being named one of Field Foundation’s Leaders for a New Chicago:

Viveka Ray-Mazumder, manager of youth advocacy and civics education program KINETIC at Asian Americans Advancing Justice, plans to use the personal $25,000 to pay off debt and put toward savings. As for the organization’s slice of the pie, the Rogers Park resident hopes it will allow the nonprofit to improve language access at the city and state level, continuing what the nonprofit’s youth currently do in schools.

“I really love that Field is willing to invest in organizations and people leading social change work in our city,” Ray-Mazumder said. “For me, I really hope this sends a message that social change work is really important and it’s something to put money behind, but also folks also doing that work should also be invested in.”

Read more: Chicago Tribune – 14 Chicagoans received $50,000 each to make a difference in the city. Here’s how they plan to spend the dough.