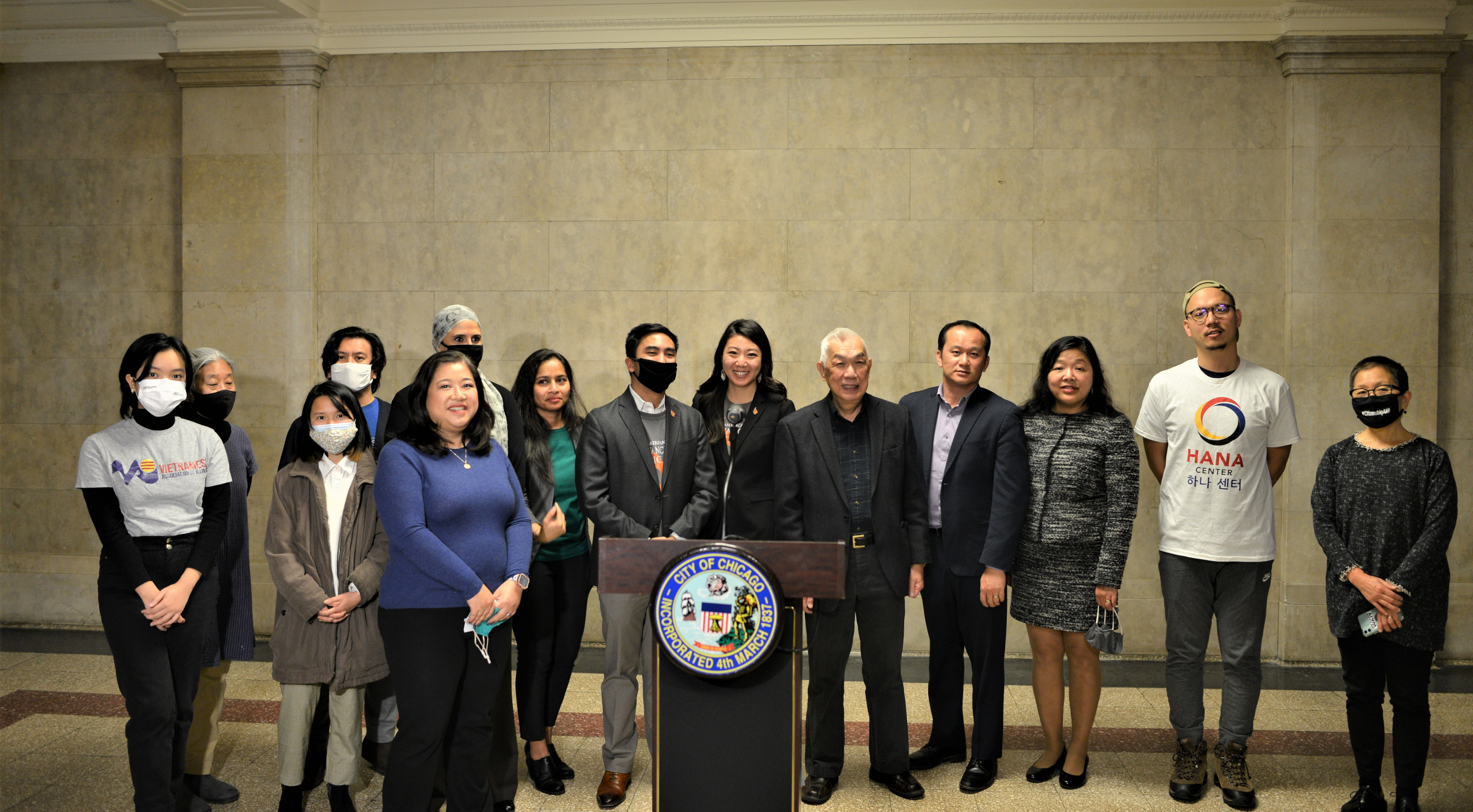 WASHINGTON, D.C. – Ahead of oral arguments before the Supreme Court in SFFA v. Harvard and SFFA v. University of North Carolina on October 31, Asian Americans Advancing Justice is calling on the court to affirm the constitutional right to affirmative action, a long-held precedent that is still needed to counter systemic racism and white supremacy in our education systems and is supported by more than two-thirds of Asian Americans.

“Let’s be clear about the motivations behind these cases: extremist strategist Edward Blum and his vast network of funders are pursuing a decades-long campaign to divide communities of color and strip away educational opportunities and voting rights from Black, Latino, Indigenous, and Asian communities – and deliberately attempting to use Asian American students and families as a racial wedge for their political gain.

“We know the truth. It is rampant throughout our history, whether it is the California law that permitted segregation of ‘children of Mongolian or Chinese descent’ until 1947 or all the ways systemic racism today has blocked many Southeast Asian, Native Hawaiian, and Pacific Islander students from accessing high quality K-12 and college education.

“As we wrote in our amicus brief, abandoning affirmative action and race-conscious admissions will undo the progress that has been hard fought across generations, and impedes the changes we still need to make quality education a reality for all students, regardless of their wealth, their family connections, or their race and ethnicity. We urge the court to uphold the constitutional right to affirmative action that has made education better for countless students, including Asian American students, for more than 40 years.”

Civil rights organizations including Asian Americans Advancing Justice, Legal Defense Fund, Lawyers’ Committee for Civil Rights Under Law, and The Leadership Conference for Civil and Human Rights are united in our support for race-conscious admissions policies that improve access to education for all students. In August, the Advancing Justice affiliation filed two amicus curiae briefs, including one with the Lawyers’ Committee for Civil Rights Under Law, Lawyers for Civil Rights, and pro bono counsel Arnold & Porter on behalf of a multiracial group of alumni students of color at Harvard who served as amici-plus and presented evidence at trial in support of holistic admissions policies that consider the entirety of a student’s experiences, talents, and potential.

The second amicus curiae brief, written with pro bono counsel Ballard Spahr, was joined by 37 Asian American and Pacific Islander civil rights groups, advocacy organizations, professionals, and student organizations in support of race-conscious admissions and the enduring need for these programs to counter systemic racism and white supremacy in our education systems.

On Monday morning, many of these signatories will join students and community members from across the country to rally for affirmative action and race-conscious admissions on the Supreme Court steps. To find reaction panels and other post-oral arguments events and analysis, follow #DefendDiversity and #AffirmOpportunity on Twitter.

The pandemic has brought on a global wave of prejudice and violence against Asians and Asian Americans.

Natasha Chan, Board Member of Asians Are Strong

Personal Safety Alarms, Trainings Aim To Give Asian Residents Tools To Protect Themselves As Attacks Rise 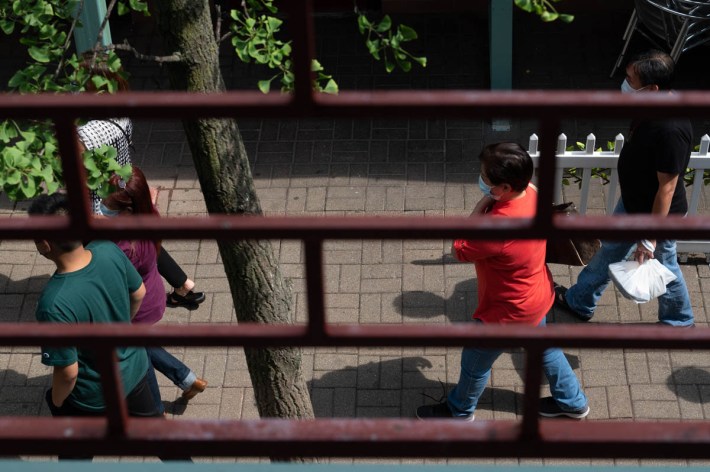 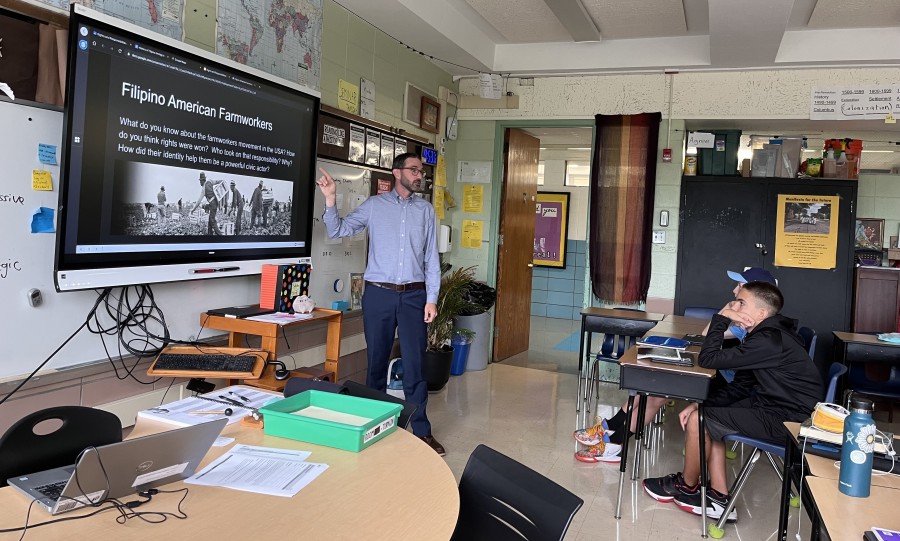 A new state law requires teaching Asian American history. Some teachers have jumped in headfirst, while others are still preparing lessons.

By Susie An (WBEZ)

For 30 years, Asian Americans Advancing Justice | Chicago (“Advancing Justice | Chicago”) has worked to bring together the Asian American community and create change in our communities. We are deeply committed to grassroots community organizing and we invest in the leadership of grassroots community members through trainings, community education, civic engagement, and collaborative issue-based campaigns. In order to strengthen our work and transform the inequities in our city, state, and Midwest region, we work with multiracial coalitions that emphasize racial equity, accountability to those most impacted, and an infrastructure of grassroots leadership. Our advocacy work focuses on promoting racial, economic, and immigrant justice, including initiatives in the areas of voting rights, language access, education equity, criminal justice, and immigrant rights.

The Community Organizer position is an opportunity for a strategic and motivated relationship-builder to build power in the Asian American community, develop grassroots leadership, lead strategic issue campaigns, and move community members to take action.

This position will fall under the staff sharing agreement between Advancing Justice | Chicago and Asian American Midwest Progressives (AAMP) so a portion of time will be spent on 501(c)(4) activities including partisan electoral work.

Supervise 1-2 community organizers (fewer AAMP responsibilities to balance workplan), which includes but is not limited to: