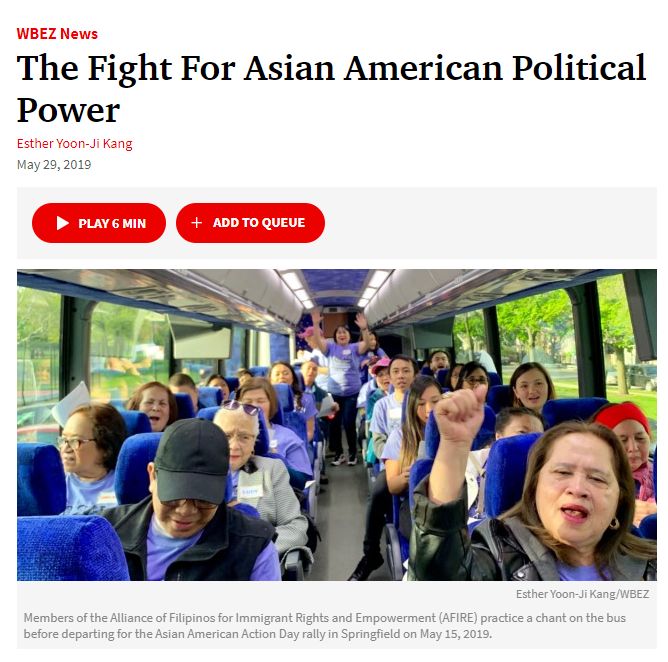 READ & LISTEN: Esther Yoon-Ji Kang of WBEZ reported on the fight for Asian American political power in Chicago and Illinois. As part of the story she interviewed Advancing Justice | Chicago executive director Andy Kang, as well as elected leaders, former candidates, and staff with PAVE partner AFIRE (Alliance of Filipinos for Immigrant Rights and Empowerment).

He said that despite the diversity within the community, bringing together the Pan Asian groups is the best path to political power.

“When it comes to making sure that our issues … are addressed, when it comes to our ability to understand that we’re being perceived very much in the same way, there [are] a lot of reasons why us organizing ourselves as Asian Americans makes a lot of sense.”